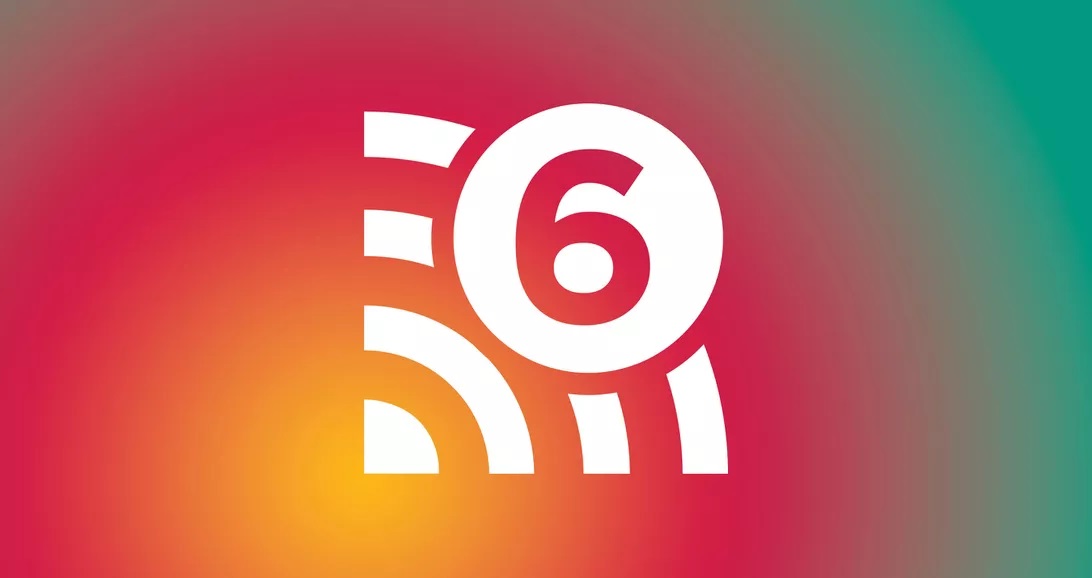 5G is great, but it’s a big Wi-Fi upgrade that’ll likely help you out sooner with faster speeds and longer range at home, school and work.

We get it. 5G is a big deal. But honestly, you likely use Wi-Fi networks as much or more with your phone and PC, so tune out the 5G noise for a moment and appreciate what’s coming with Wi-Fi 6.

“While 5G is getting much of the limelight, Wi-Fi 6 will have a bigger impact in our connected lives — and sooner,” said FeibusTech analyst Mike Feibus.

Wi-Fi 6, the consumer-friendly new name for the tech standard actually called 802.11ax, won’t just boost data-transfer speeds — though it’ll do that, by a factor of three or so. It’ll also reach into corners of our house farther away from network gear, better handle the crush of people at airports and stadiums, and sidestep interference from your neighbors’ noisy network. On your phone or laptop, it should save your battery life, too.

No wonder wireless chip designer Qualcomm is betting big on Wi-Fi 6. The company on Tuesday showed off a quartet of processors that’ll bring Wi-Fi 6 to a new range of network equipment — and a number of partnerships designed to telegraph its clout with the technology.

“Wi-Fi is ubiquitous and widely accepted,” said Rahul Patel, leader of Qualcomm’s Wi-Fi chip division in an exclusive interview with CNET ahead of Qualcomm’s Wi-Fi event. But with more devices in our houses, and activities like gaming and streaming video putting new demands on networks, there’s a network traffic jam, he said.

“Cord cutting is real. What was typically one TV in the average home is now five or six different screens,” Patel said. “There’s a tremendous amount of content sourced through the home that wasn’t before. There’s a congestion problem.”

Upgrades — if you pay
One of Wi-Fi 6’s biggest advances is OFDMA — orthogonal frequency division multiple access, if you must know — an efficiency-boosting technology purloined from mobile networks. Another is MU MIMO, short for multiple user, multiple input, multiple output. And then there’s 1024 QAM — quadrature amplitude modulation — which bumps up data rates by 30%.

Check my colleague Ry Crist’s Wi-Fi 6 explainer for all the details. But here’s what it boils down to, compared with Wi-Fi 5, aka 802.11ac:

Double the range — though Qualcomm has built-in mesh networking technology that’ll let multiple wireless access points cooperate to bathe your house in Wi-Fi radio signals.
Triple the speed — useful not just for watching 4K video but also for uploading from our phones.
Better reliability — good for avoiding video chats plagued by stuttering.
Before you get too excited about Wi-Fi 6’s improvements, though, remember that you won’t benefit from Wi-Fi 6 in your home unless you buy new network gear — or wait for your internet service provider like AT&T, Verizon or Comcast to upgrade what they likely supplied you with.

Stephen Shankland/CNET
Don’t hold your breath for that. But even there, the shortcomings of today’s Wi-Fi will push ISPs to invest in home network equipment when frustrated customers call, Patel said. “The last thing Comcast wants is a loss of a subscriber to AT&T.”

That’s only one side of the Wi-Fi 6 network. You’ll also need new PCs, phones, video streamers, security cameras, smart speakers and anything else that would benefit from Wi-Fi 6’s new range and speed. (Though a few phones like the Samsung Galaxy S10 include Wi-Fi 6.)

Qualcomm ships 4 billion Wi-Fi chips
Qualcomm isn’t the only company hoping to siphon off some of your upgrade budget. Intel is already selling its Wi-Fi chips, and Patel acknowledges that Broadcom — his former employer for 13 years — is a serious competitor.

But Qualcomm has a lot of power. It’s shipped 4 billion chips since 2005, the company revealed for the first time. And its strength in smartphones gives it an ability to ensure new network technology works on both sides of the network connection.

Nearly every one of the 225 phone models using Qualcomm’s flagship Snapdragon 855 processor also uses the company’s Wi-Fi chips, the company said. And even though Wi-Fi 6 hasn’t yet arrived in phones, even its existing Wi-Fi 5 products will be able to tap into a battery-saving Wi-Fi 6 technology called target wake time (TWT) that lets phones snooze more often and wake up for network activity less.

“Intel was first to market, and their hardware is really solid, so it made sense for us to introduce Wi-Fi 6 to PCs based on their chipset,” said Rivet Chief Executive Michael Cubbage. But it’ll use Qualcomm chips in newer products. “There is a lot of cool stuff we can do with it,” like simultaneous dual-band access that lets Rivet send top-priority gaming and communication data over the fast 5GHz channel and keep everything else out of the way on the 2.4GHz band, Rivet said.

Qualcomm
Even with Wi-Fi 6’s advantages, Patel doesn’t expect a rush to upgrade access points. Most people stick with what they have in the house. But you’ll still benefit from Wi-Fi 6, he predicts, because some of its biggest advantages come in places like universities, airports, hotels and offices, where lots of people are using the Wi-Fi network.

Better Wi-Fi outside your home
Some of the companies most excited by Wi-Fi 6 are those that cater to customers with hundreds of users. The top-end new Qualcomm chip, the Networking Pro 1200, can handle a whopping 1,500 simultaneous connections to devices like phones and PCs.

“Wi-Fi 6 … breaks the mold of existing Wi-Fi design to allow true high-density and simultaneous connectivity,” said Dave Chen, a marketing manager at Hewlett Packard Enterprise’s Aruba subsidiary. By using multiple radios on its access points, each of its Wi-Fi 6 products can accommodate thousands of devices.

Wi-Fi 6 is more responsive and predictable, too. “This does wonders where large numbers of users are simultaneously accessing latency-sensitive applications like Wi-Fi calling, 4K streaming video and even augmented reality,” he said.

Stephen Shankland/CNET
Aruba is enthusiastic about Qualcomm’s new chips — but not so enthusiastic that it overlooks rivals. It’s been selling Wi-Fi 6 network gear since the end of 2018.

The upshot is that your life online should get better at home and away.

“Wi-Fi 6 is really a sea change. It’s so much better at handling traffic and keeping it moving — through all corners of the home,” Feibus said. “Pick your next router carefully. If you do it right, you’re not likely going to need to buy another one for a very long time.”

And one of Qualcomm’s top executives, President Cristiano Amon, isn’t afraid to raise expectations about the new technology.

“The benefits are so significant that I believe this is the most significant Wi-Fi technology transition to date,” Amon said.